2017! Another year, another recycled internet hoax. If you have a Facebook account, the chances are that you have seen or heard about this one. I’m not talking about the Facebook privacy one which keeps rearing its ugly head. No, this time we’re supposed to be worrying about our blocked lists.

For those who aren’t permanently on social media, and  for those lucky enough not to have seen one of the many versions of the shared posts, I’ve screenshot a one below,plus screenshot the process of finding your own security list. I am sure that there are plenty of versions out there – get in touch with us with your screenshots and we will update this post with any other examples we receive. 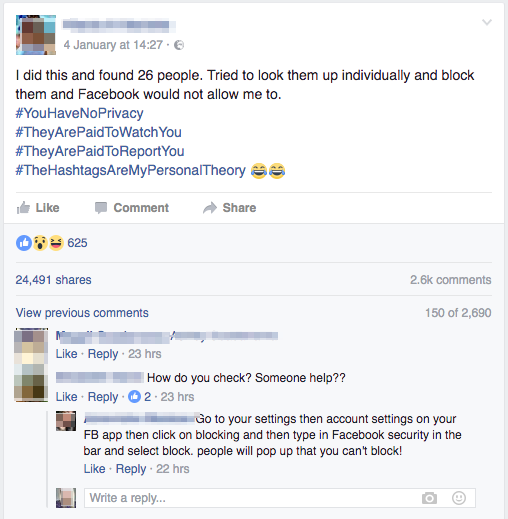 Firstly, and probably most importantly, this is NOT TRUE! If you search the words “Facebook Security” either on your blocked list (as most of the posts suggest to do), or on the regular search bar at the top of your timeline, then you will see a whole host of profiles who have at one point or another (or still do have) the words “Facebook” and “Security” within them (publicly). So no one person or group of people are being paid to watch your Facebook activity. 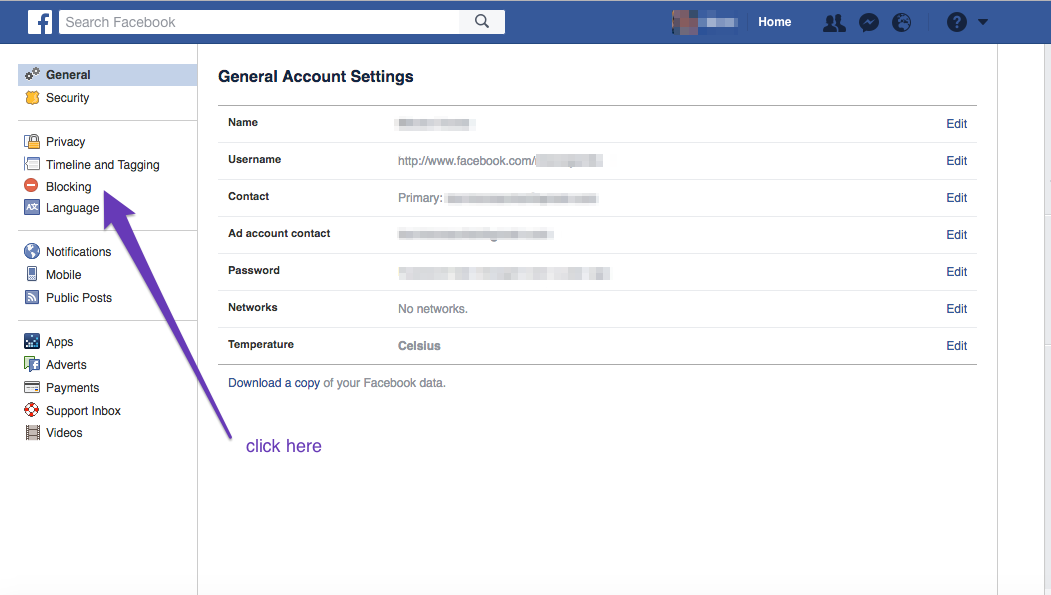 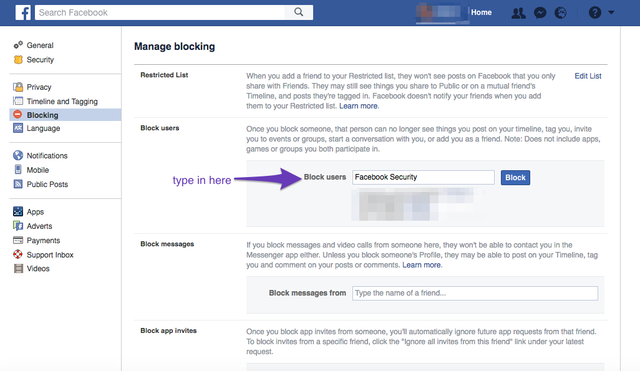 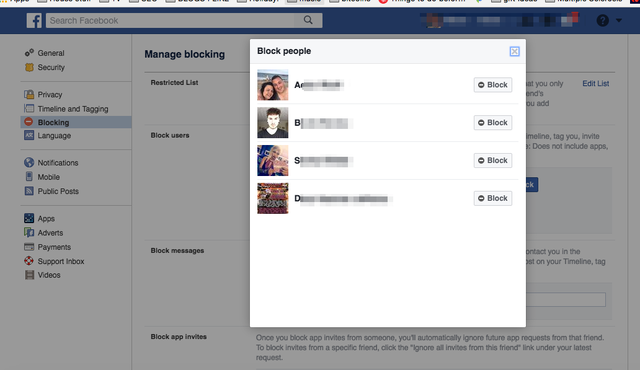 Secondly, I am disappointed that we are in 2017 and people still don’t seem to be able to properly fact check! So, one more time for the people in the cheap seats at the back, here’s how to fact check something before sharing it on Facebook.

If you don’t have the time to do the above, then don’t share fake news to your friends. Whilst this “hoax” is not particularly harmful, there are many more sinister forms of fake news that are just as easily shared on social media. This article from the Guardian explains a little more about fake news and how to spot it.